Mould and the problems it can cause 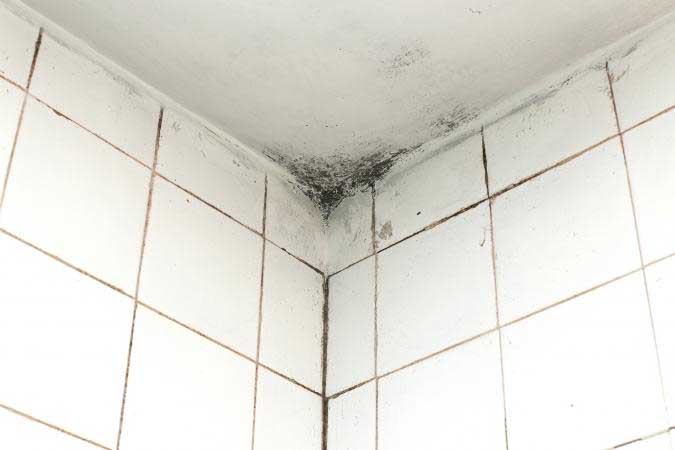 Purchasing a home is an exciting and financially taxing journey for everyone. Therefore, you don’t want to move into a house just to find yourself wheezing and sneezing after few weeks due to mould build-up that you were unaware of. Though not everyone gets affected by mould spores, people with allergies and asthma can develop complications. Hence, if you or your family member suffer from such conditions, it becomes essential to make a mould-free house part of the criteria for house purchase. Also, there are particular known health impacts of mould that can affect anyone, such as – nasal stuffiness, eye irritation etc.

Even from the buyer’s perspective, it is critical to keep your property mould-free as it may impact the value of your house. Therefore, let’s understand the mould infestation and the problems it causes.

Mould is a form of fungus found in nature. Tiny particles can be found both inside and outside, flourishing on moisture and high humidity levels, especially in the summer.

Where does mould occur in buildings?

Mould can be found in a lot of places, including buildings and residences. Mould thrives in damp environments, such as around roof, window, or pipe leaks, or in areas where there has been flooding. Mould loves to grow on paper, cardboard, ceiling tiles, and wood goods. Dust, wallpaper, paints, insulation, drywall, carpet, fabric, and upholstery can harbour mould.

How do moulds sneak into and flourish in an indoor environment?

Mould can be found both indoors and outside. Open doorways, vents, windows, and heating and air conditioning systems can all allow mould to infiltrate your home. Mould in the air can stick to clothing, shoes, and pets, which become potential carriers of mould spores inside. Mould spores will grow in areas where there is excessive moisture, such as when leaking has happened in roofs, pipes, walls, plant pots, or where flooding has occurred. Mould thrives in many building materials because they provide the right nutrients.

What are the effects of mould on people?

Damp and mouldy settings can have a variety of health consequences or none at all. Mould sensitivity affects some people. Mould exposure can cause symptoms such as a stuffy nose, wheezing, and red or itchy eyes or skin in these patients. Some patients, such as those with mould allergies or asthma, may experience more severe reactions. Workers exposed to excessive concentrations of mould in occupational situations, such as farmers working with mouldy hay, may experience severe reactions. Fever and loss of breath are common severe reactions.

Most medical schools do not teach physicians to recognise mould infections and resulting multi-function failure caused by them. You can test yourself for mould infection by staying away from your house and monitoring changes in health during that period. Here are some common symptoms of mould illness:

Unfortunately, people with mould toxicity are often diagnosed with multiple conditions such as irritable bowel syndrome, chronic fatigue syndrome, depression and subsequently treated for them. In contrast, the underlying cause remains unidentified. Many times such individuals are labeled as “hypochondriacs” for which there is no cure. Thus, they are forced to live a life of misery and disability while they can attain optimal health if diagnosed correctly.

Who is at the highest risk of developing health problems as a result of mould exposure?

How do you keep mould from growing in your building or home?

Mould growth can be prevented inside your home by:

By maintaining a properly ventilated shower, laundry, and cooking space.

How can you get mould out of a building, such as a home, a school, or a workplace?

Mould growth in homes and buildings shows that there is a water or moisture problem. Therefore, it is the first issue to tackle.

Remove any mouldy items from your living space. Mould grows in carpet, insulation, ceiling tiles, drywall, and wallboard, and the only way to get rid of it is to remove it.

Because you can still have an allergic reaction to pieces of the dead mould, and mould contamination may reappear if there is still a source of moisture, it is critical to thoroughly clean and dry the area.

Carpets and furniture that have been drenched and cannot be dried quickly should be removed or replaced.

Using water and dish detergent, thoroughly clean any hard surfaces (such as flooring, moulding, wood and metal furniture, worktops, and sinks). After washing, dry surfaces quickly and thoroughly. If your fan, air conditioner, or dehumidifier was not damaged by the floods, use it to help dry the surfaces once you’ve finished cleaning. Mould development on hard surfaces can be cleaned with commercial solutions, soap and water, or a bleach solution containing no more than 1 cup (8 ounces) of bleach in 1 gallon of water. Never, ever mix bleach with ammonia or other household cleaners.

Toxigenic means that certain moulds can create toxins (particularly “mycotoxins”). Moulds that create mycotoxins pose the same risks as other moulds that can grow in your home. Mycotoxins are not produced by all fungi, and even those that do will not create them in all surface or environmental conditions.

Mould growth, which frequently appears as patches, comes in a variety of colours and has a musty odour. The colour of a mould does not indicate how harmful it is. Any mould should be removed, as well as the moisture source that allowed it to grow.

Toxigenic fungi found inside homes have been linked to a few unusual or rare health issues, including lung bleeding and memory loss. These cases are uncommon, and a causal link between the toxigenic mould and these symptoms has yet to be established.

What can mould do to my property value?

Houses that smell of mould or mildew is “a tremendous turn-off.” It’s a significant challenge, no matter how wonderful the house is. It’s a red flag if a buyer notices water or mould. As a result, they even become more aware of other potential issues in a home. Thus, it becomes essential to fix the problem at the source, or else it impacts the value of your house.